Von Behring and Kitasato discovered an agent in the blood capable of neutralizing diphtheria toxin in 1890. The term ‘Antikörper,’ or antibodies, was used in investigations the following year to describe the agent’s capacity to distinguish between two immunological compounds. As a result, the substance that causes the creation of an antibody was dubbed the ‘Antisomatogen+Immunkörperbildner,’ or the agent that causes the antibody. This phrase has been abbreviated as antigen. Antibody and antigen are now a common verbalism.

The use of enzymes to break IgG molecules aided early investigations of Ig structure. IgG is digested by papain into two Fab fragments, each of which can bind antigen, and one Fc fragment. Pepsin breaks down IgG into an Fc fragment and a single  F(ab)2 dimer which can cross-link and bind to antigens. The Fab comprises one whole L chain as well as the V and CH1 portions of one H chain. The Fab is further subdivided into a variable fragment (Fv) made up of the VH and VL domains and a constant fragment (Fb) made up of the CL and CH1 domains. Single Fv fragments can be genetically modified to mimic the monovalent antigen binding properties of the parent antibody.

Immunoglobulin-antigen associations normally occur between the paratope, the region on the Ig where the antigen binds, and the epitope, the region on the antigen that is bound. Immunoglobulins are created in vivo against intact antigens in soluble form, and hence preferentially recognize surface epitopes that might represent conformational structures that are noncontiguous in the antigen’s basic sequence. This capacity to detect antigen component sections independently of the rest allows the B cell to differentiate between two closely similar antigens, each of which may be considered as a collection of epitopes. It also enables the same antibody to bind disparate antigens with comparable or similar epitopes, a process known as cross-reactivity.

Immunization of heterologous species with monoclonal antibodies (or a limited number of immunoglobulins) enabled the discovery of shared and unique immunoglobulin antigenic determinants. Individual determinants, also known as idiotypes, are located in V domains. Isotypes are common determinants that are particular for the constant section of the antibody and allow immunoglobulins to be classified into distinct classes, with each class designating a distinct kind of C domain. Allotypes are hereditary polymorphisms caused by gene alleles that are shared by subsets of individuals within a species but differ from other members of that species.

In the absence of effector cells or effector chemicals such as complement, antibodies can have an effect on organisms. In most cases, the influence of antibodies can be assessed in vitro as a neutralization of the organism’s infectivity. The capacity of an antibody to suppress infection of susceptible cells or, in the case of some extracellular pathogens, to stop a first pathogenic phase is referred to as neutralization. Importantly, as stated further below, neutralization includes a wide range of possible pathways. Furthermore, various antibody activities other than neutralization may eventually be implicated in infection prevention or clearance, even by antibodies that neutralize the relevant organism in vitro.

Antibodies can inhibit the infectivity or pathogenicity of viruses, bacteria, parasites, and fungus in vitro. In most cases, neutralization occurs as a result of interfering with an organism’s adhesion to host tissues. However, it is now known that various pathways account for neutralization and that, at least in vitro, a single antibody or antibodies with different specificities can neutralize a given organism through multiple ways.

Pre-attachment neutralization: Some antibodies have been found to suppress infection rate by adhering to organisms and driving them to aggregate. IgA aggregation or agglutination may allow for more effective bacterial trapping in mucous and subsequent removal by peristalsis. Although polymeric IgA and IgM antibodies are more likely to aggregate polio virus, certain neutralizing IgG antibodies can aggregate polio virus, resulting in decreased infectivity, most likely through limiting the frequency of contacts between virus and host cells.

Interference with pathogen attachment: Many pathogens have antibodies that bind to pathogen ligands that are required for pathogen attachment to its host receptor. In the case of viruses, such antibodies often reduce infectivity without changing the homologous antigen, hence strictly inhibiting through steric interference. Many enveloped and non-enveloped antibodies have this virus-inhibiting mechanism reported. Some antibodies that prevent virus attachment do not bind to the virus attachment site directly. An antibody against human rhinovirus type 14, for example, binds to surrounding viral components but sterically inhibits interactions between the virus and its ICAM-1 host receptor.

Post-attachment neutralization: Antibodies can neutralize intracellular pathogens at post-attachment stages of their lifecycle. Several investigations on viruses have found antibodies that block viral-host membrane fusion or entrance into vulnerable target cells. Antibodies can prevent a contact between a viral protein required for fusion and its cellular receptor in enveloped viruses. mAb 2F5, an HIV-1 neutralizing antibody, may prevent HIV-1 fusion by interfering with the confrontation of viral and cellular membranes. A HIV-1 neutralizing mAb, 4E10, may inhibit the production of fusion-competent gp41 complexes. A neutralizing monoclonal antibody presumably substituents restricts low-pH-mediated adjustments of E proteins in the case of West Nile virus. Anti-influenza HA antibodies may be capable of inhibiting both attachment and post-attachment steps.

Inhibition of metabolic processes in organism lifecycles: Several studies have shown that antibodies have the ability to inhibit organisms after they have effectively infiltrated cells. Internalization of antibodies by host cells is required for intracellular neutralization. Internalization of antibodies can occur as a result of organism coating, in which case the coated organism must be capable of cell entrance, or via Fc receptors. Additionally, cells have been genetically modified to express intracellular antibodies (intrabodies) for possible therapeutic uses. By interfering with the release, replication, or expression of genetic material, intracellular neutralization has the ability to disrupt an organism’s lifecycle. For example, adenovirus type 5 antihexon mAb (9C12) enables viral attachment, cell entry, and intracellular virus transport to the nuclear periphery.

Regardless or if antibody binding to antigen directly initiates protective effects, antibody binding in vivo will induce antigen-nonspecific effector pathways. The precise processes will be determined by the antibody’s isotype as well as other variables. The conventional complement activation pathway includes a crucial collection of these effector mechanisms. The inherent potential of human antibody isotypes to activate this pathway varies greatly. IgM, IgG1, and IgG3 isotypes are thought to be potent activators. Although some sources claim that IgG2, IgG4, and IgA are poor or ineffective activators of the classical complement system, data demonstrates that when epitope density is increased, IgG2 may also successfully activate the classical route.

Antibody-mediated activation of the classical complement pathway does have a number of possible outcomes, such as the formation of additional locations for adhesion to a foreign particle, enabling ingestion (opsonization), the elaboration of materials that facilitate leukocyte chemotaxis, additional metabolic alteration engaged in pathogen damage by leukocytes, and changes in vascular permeability. The antibody offers specificity in this process, but the other components work lacking specificity for epitopes involved.

More of an antibody’s bioactivity is regulated by associations amongst Fc and Fc receptors present on a variety of host defense-related cells. The activation of Fc receptors by immune complexes (ICs) causes a variety of downstream consequences, depending on the Fc receptor-bearing cell, the type of IC, the cytokine milieu, and the availability of complement. Virus, bacteria, fungi, and parasites can all be affected by Fc receptor-mediated antibody activity, which can be useful or harmful to the host.

Interactions between Fc and FcRs can cause pathogens or cells infected with pathogens to die, a phenomenon known as antibody-dependent cellular cytotoxicity (ADCC). Fc-FcR interactions are crucial for pathogen or infected cell phagocytosis, though phagocytosis can take place in the absence of antibody or in the presence of antibody via other receptors (including complement receptors). Involvement of FcRs can also prevent intracellular pathogens without killing the host cell. Modification of inflammatory response is yet another FcR-mediated antibody mechanism that can affect several pathogens.

When an antibody establishes a link between an affected target cell (or directly with some pathogens) and an FcR-bearing effector cell, ADCC occurs. The target cell dies as a result of this three-way interaction, either via lysis or apoptosis. Although ADCC is expected to play a key part in the therapeutic effects of anti-tumor mAbs such as rituximab and herceptin, its involvement in infections is less obvious and confounded by antibody’s various activities. It is worth mentioning that many of the effector cells that initiate ADCC against parasites are also capable of antibody-mediated phagocytosis.

Inclusion and destruction of antibody-coated pathogens by phagocytes via FcRs has been thoroughly reported for a variety of species and is likely an important antibody activity for pathogen elimination in vivo. Because phagocytosis and ADCC frequently need the same constituents (antibody and effector cells), it is sometimes difficult to definitely and explicitly establish a function for phagocytosis in preventing or regulating infections in animals or people. In many circumstances, parasites are too large for phagocytosis. After Fc-FcR (γ, α, or ε) interactions, lysosomal and parasitic membranes combine, leading in extracellular parasite lysis. 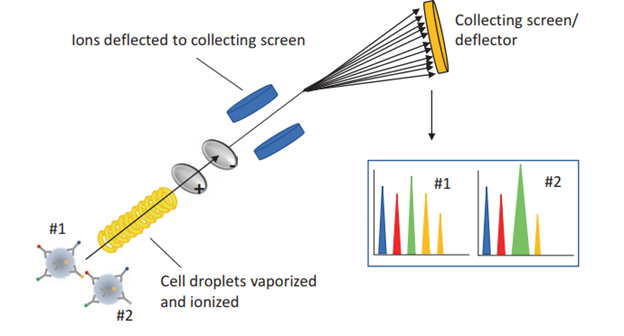